This research grew out of a study of the gardens created by Sir Philip Sassoon (1883-1939). Intrigued by what had once been - and may in the future be again - a very attractive building, the quest for its amateur architect, Reginald (Reggie) Cooper began in earnest in 2014.

Reginald Cooper (1885-1965) – Reggie – has proved to be an elusive figure. He appears to have left no papers, private or otherwise. There’s a tantalizing reference to him as a correspondent of the garden designer and writer, Margery Fish (1892-1969) 1, owner of East Lambrook Manor, another medieval Somerset gem in need of restoration in the 1930s, but not the content of the so far untraceable letters.

The biggest boost in the quest for Reggie Cooper has been a conversation with Mrs Mary-Anne Robb, the current owner with her husband, Alastair, of Cothay, who generously shared her knowledge of Cooper’s work and life at Cothay from 1925 to 1937.

Other key sources have been the diaries and ledgers in the Wiltshire & Swindon History Centre of the conservation architect, Sir Harold Brakspear (1870-1934) 2; Country Life articles, most of which were written admiringly by Cooper’s friend, the architectural writer Christopher Hussey (1889-1970) between 1927 and 1950 3 and English Heritage archives. Cooper has walk on parts in a handful of published sources, most notably the writings of his old school friend and British Embassy colleague, Sir Harold Nicolson (1886-1968) but his own voice is silent.

Piecing together the evidence to try and build a picture of the amateur architect first encountered as a significant contributor to Trent Park, the garden of Sir Philip Sassoon (1888-1939)’s political maturity, has been interesting and frustrating in almost equal measure. 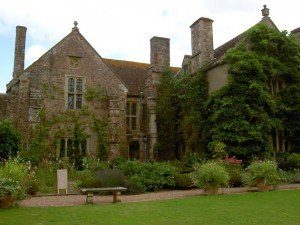 Why Cooper, the son of a wealthy tea merchant, Sir Alfred Cooper and his Dublin-born second wife, Marion, embarked on a succession of house restorations starting with Bewley Court in 1917 (the year of his DSO, and promotion to lieutenant colonel) through to the early 1940s; is only one of the many unanswered questions about his contribution to the English cultural landscape. We may never know the source of his restless pursuit of the perfect house and setting.

Without Cooper’s own documentation his  summary biography is largely read through the houses he restored, the gardens he made; the buildings he designed, the most notable of which is the orangery at Trent Park for Sassoon (commissioned around the same time as he himself was restoring Cothay), and his contemporaries’ published comments. Not unexpectedly something of a Cooper “signature” is discernible across his projects; particularly between the extension to his Hertfordshire house, Julians (1936), and the Sassoon orangery, (c.1930). 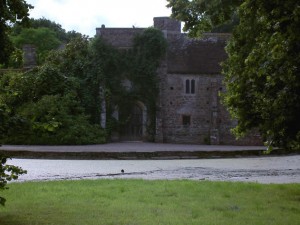 Ditchley featured in a course I taught a few years ago. With a sense of ever-decreasing circles I read in Allyson Hayward’s biography of Norah Lindsay that Cooper had been among Lindsay’s guests who strolled through the village (Sutton Courtenay) to the Wharf, the Asquith family home. 5 Five years after the former premier’s death in 1928, Margot Asquith (1864-1939) was raising funds by auctioneering some of the household contents. Knowing with what hopes she’d commissioned the remodelling of the Wharf by Walter Cave (1863-1939) in 1911, this made for sad reading. 6 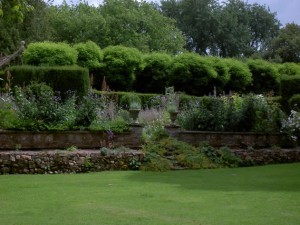 The group of friends influenced each others’ gardens and, through publications like Country Life wider, if selective, audiences. Cooper’s renovations were part of an increasing appreciation of medieval architecture and monuments as part of a narrative of British history. 7

So far a sequence of five houses has been compiled, and his final resting place located (like his mother he was buried in the churchyard at Rushden in Hertfordshire). But his last years have only been sketched in and none of any of his London homes identified (always assuming he was also moved regularly in London). Nor the sources of income which allowed his to undertake a series of large renovation projects. 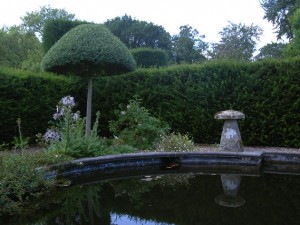 The most accessible of Cooper’s restorations and garden-making is Cothay: www.cothaymanor.co.uk.  Gardens are transient but Cooper’s framework of trees and hedges survives and forms the setting for Mrs Mary-Anne’s Robb’s arts and crafts-influenced planting.

For the time being the debonair Cooper, photographed smiling with his dalmatians in Cothay’s gatehouse archway entrance, continues to elude closer examination 8. Perhaps he is destined to be someone forever on the perimeter of others’ lives; slipping through the gaps in the historical narrative. 9